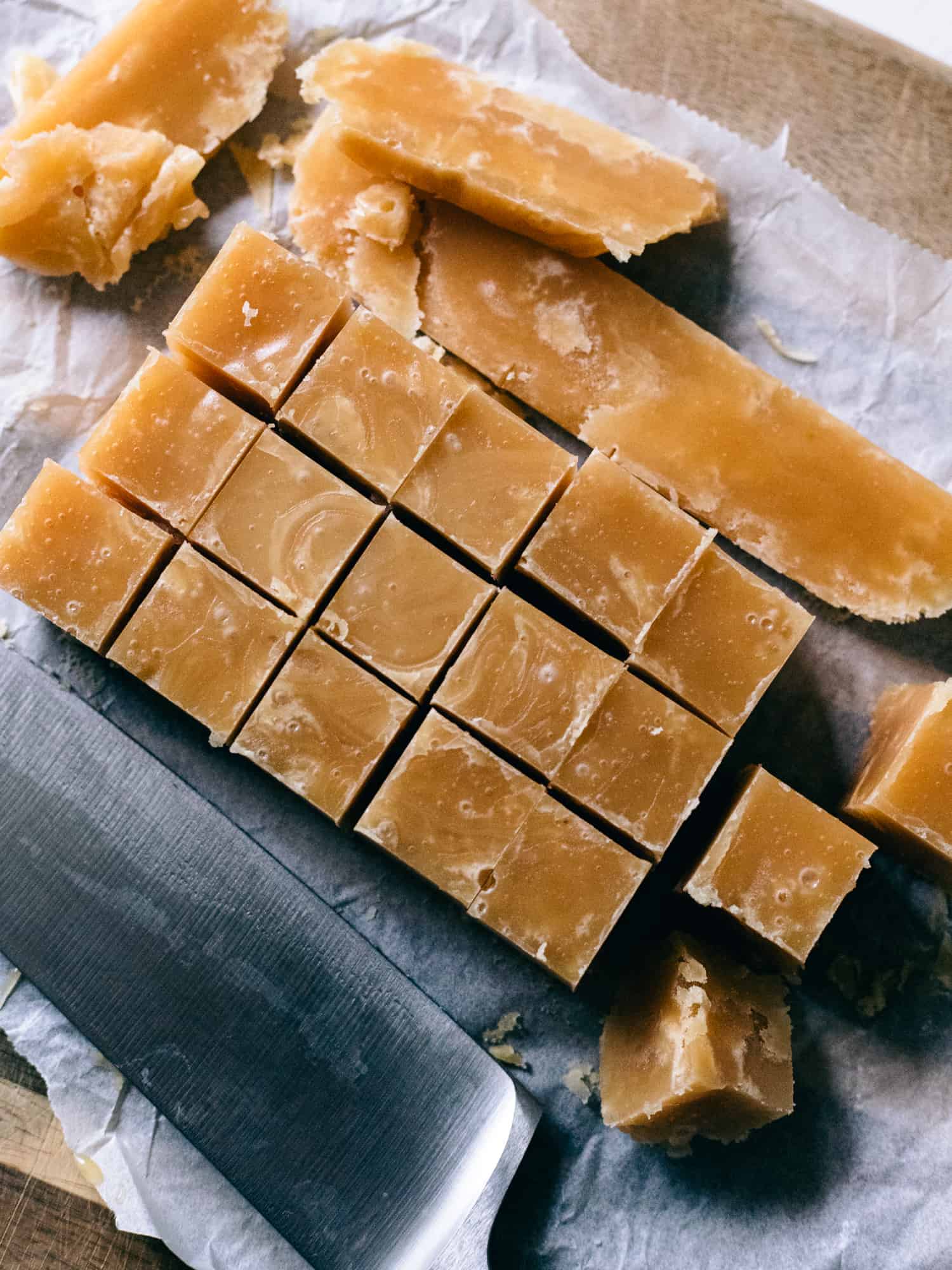 Our quest to veganize Christmas treats continues, and boy, is it both fun and fruitful. Last year’s chocolate truffles (with black beans hiding in the batter) got very popular (among you just as much as among ourselves) and now we’ve moved on to the queen of all things sweet and creamy: fudge. As the massive fans of oat cream as we’ve become, we thought we simply had to give oat cream based fudge a try. And can you believe that it worked so freaking well? We couldn’t, but after one too many sample pieces, it started to… sink in, so to speak.

END_OF_DOCUMENT_TOKEN_TO_BE_REPLACED 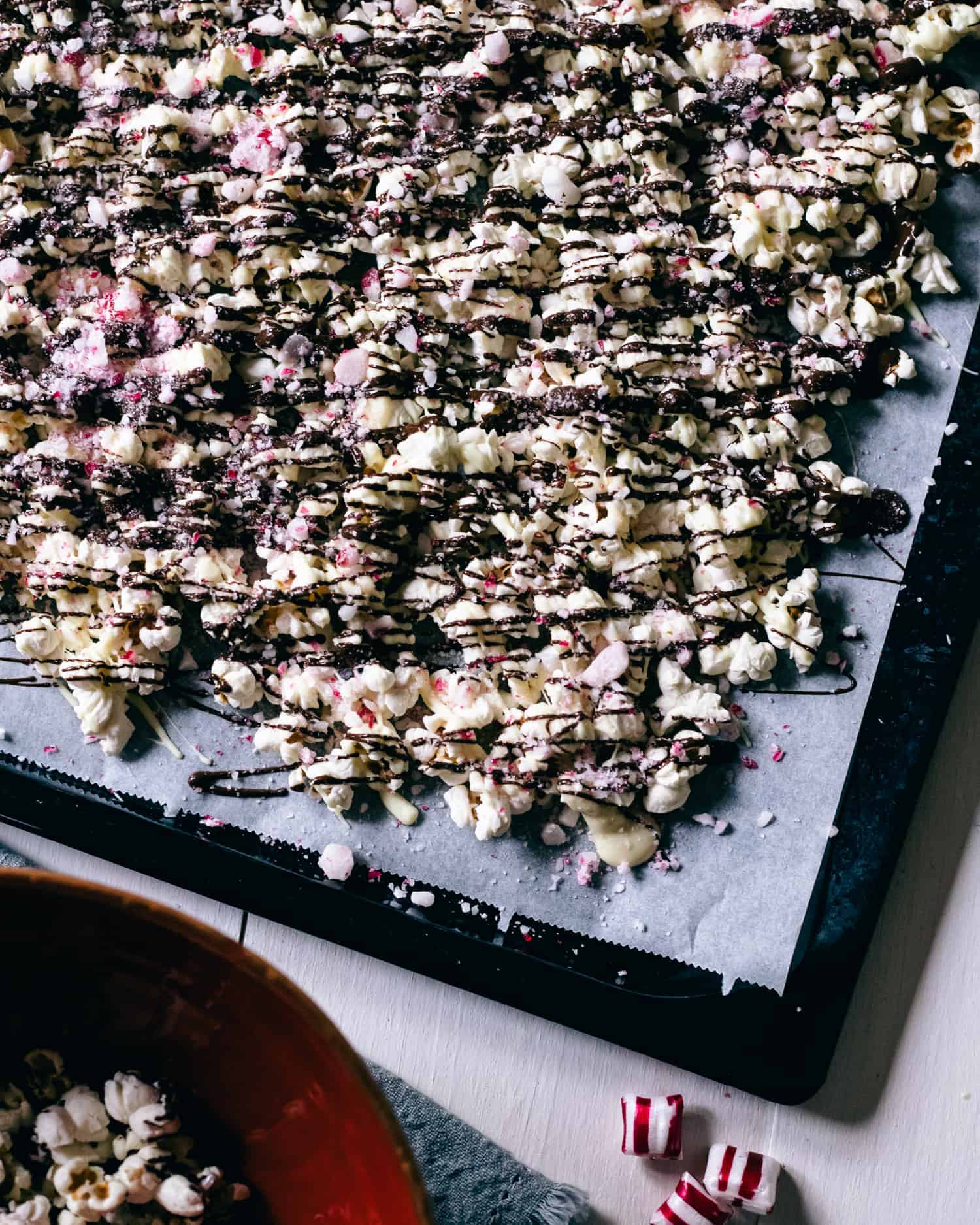 The holiday season is here and what better way to kick it off than by having some crunchy, chocolatey and minty popcorn? This cute treat comes together nice and easy, and could perhaps even be a fun thing to whip up together as a family – provided an adult supervises the double boiler on the stove, that is. The end result is perfect to serve in a big bowl when sitting down on the couch on a Saturday night to watch a Christmas movie, for example, but also as part of a party spread. We just love the look of the crushed up candy cane and all the childhood memories that are being brought to life.

END_OF_DOCUMENT_TOKEN_TO_BE_REPLACED 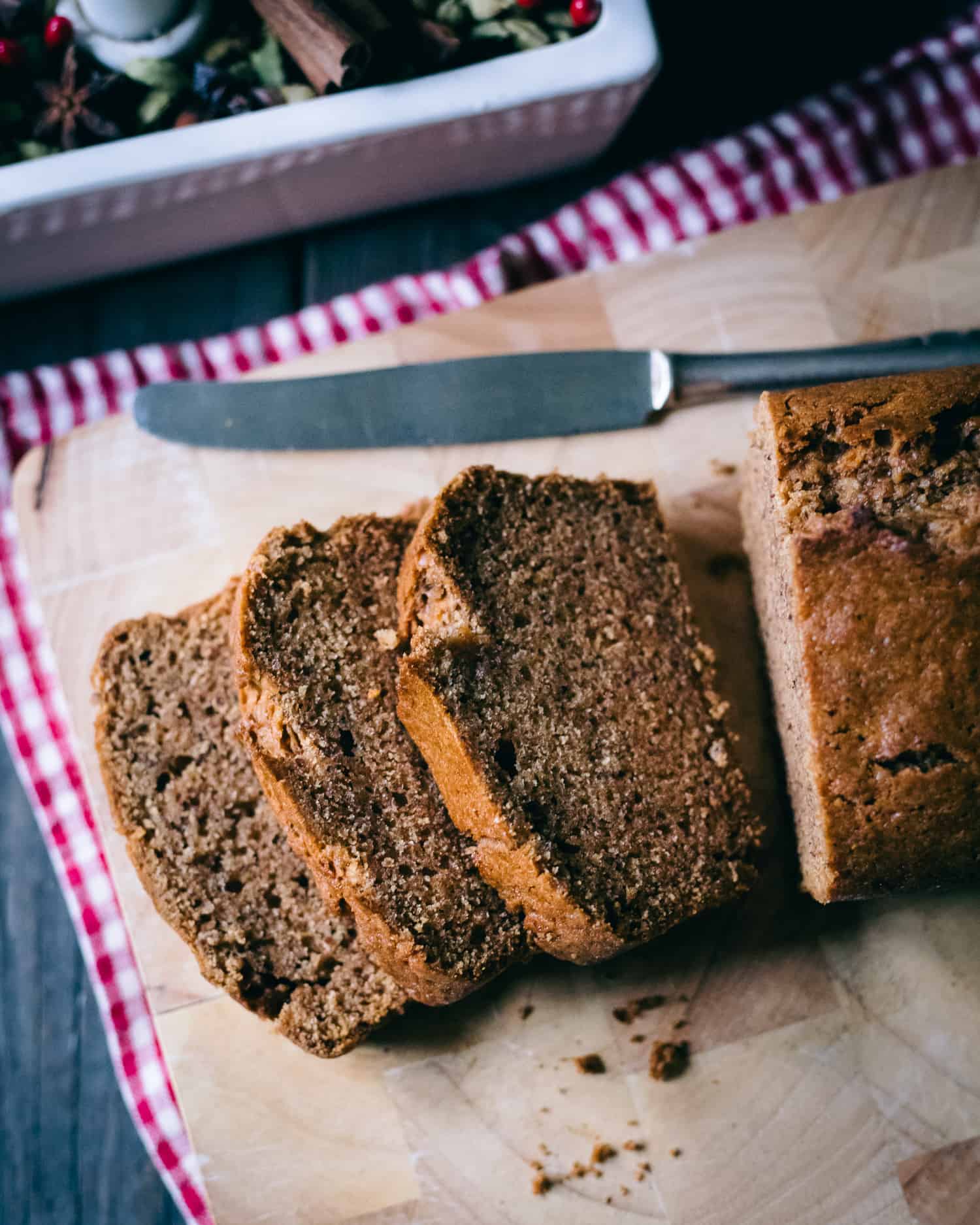 Gingerbread. A must in December, in our humble opinion, and one of the easiest treats to whip up, too – you get lots of holiday spirit for very little effort, one could say. What are some other musts? Well, you’re talking to Mr and Mrs Christmas so sit back, relax and listen to our long list. Saffron buns, of course. Gingersnaps, without a doubt. Chocolate truffles, definitely (and as ours use black beans in the batter, they technically count as vegetables). Fudge, thank you very much. And of course Brussels sprouts and saffron-spiked kale salads en masse, to balance things a bit.

END_OF_DOCUMENT_TOKEN_TO_BE_REPLACED 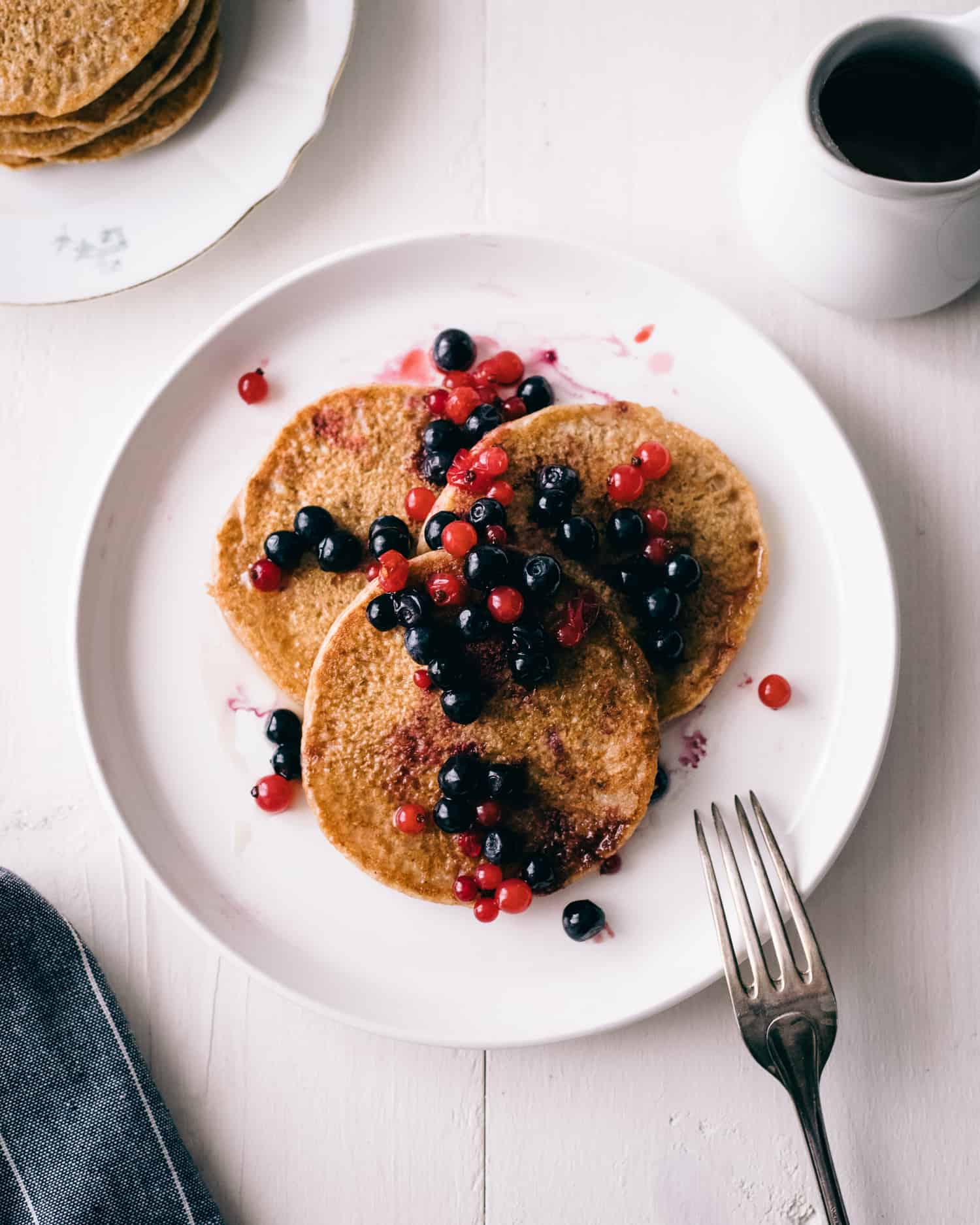 Pancakes, you guys. In a typical Swedish fashion, I (Sophia) grew up with “pancakes” and “American pancakes”. The former: thin, crepe like things eaten with jam and whipped cream (very often served as lunch on Sundays). The latter: fluffy rounds topped with maple syrup (served on very special occasions only, perhaps if we had guests staying with us and we wanted to serve up a fun brunch-esque breakfast). Mike, on the other hand, obviously think of the fluffy business as standard pancakes (or at least up until he met me and eventually also moved to Sweden), whereas the thin version is similar to the “crepes” his Austrian grandmother would make. It’s fun, isn’t it, to think about cultural differences and find what you like best and want to make your own tradition?

END_OF_DOCUMENT_TOKEN_TO_BE_REPLACED

My former boss Daniella once brought a whole bag full of small glass jars filled with “apple butter” to work and generously handed one to each of us employees. I brought the jar home and both Mike and I concluded that it was the most delicious thing we’d ever had and also that it was ridiculous that we’d never heard of it before. I asked Daniella for the recipe and while I don’t remember all the ratios exactly, I do remember that she said it took “lots of love to make”, referring to the fact that there’s a decent amount of stirring involved.

END_OF_DOCUMENT_TOKEN_TO_BE_REPLACED 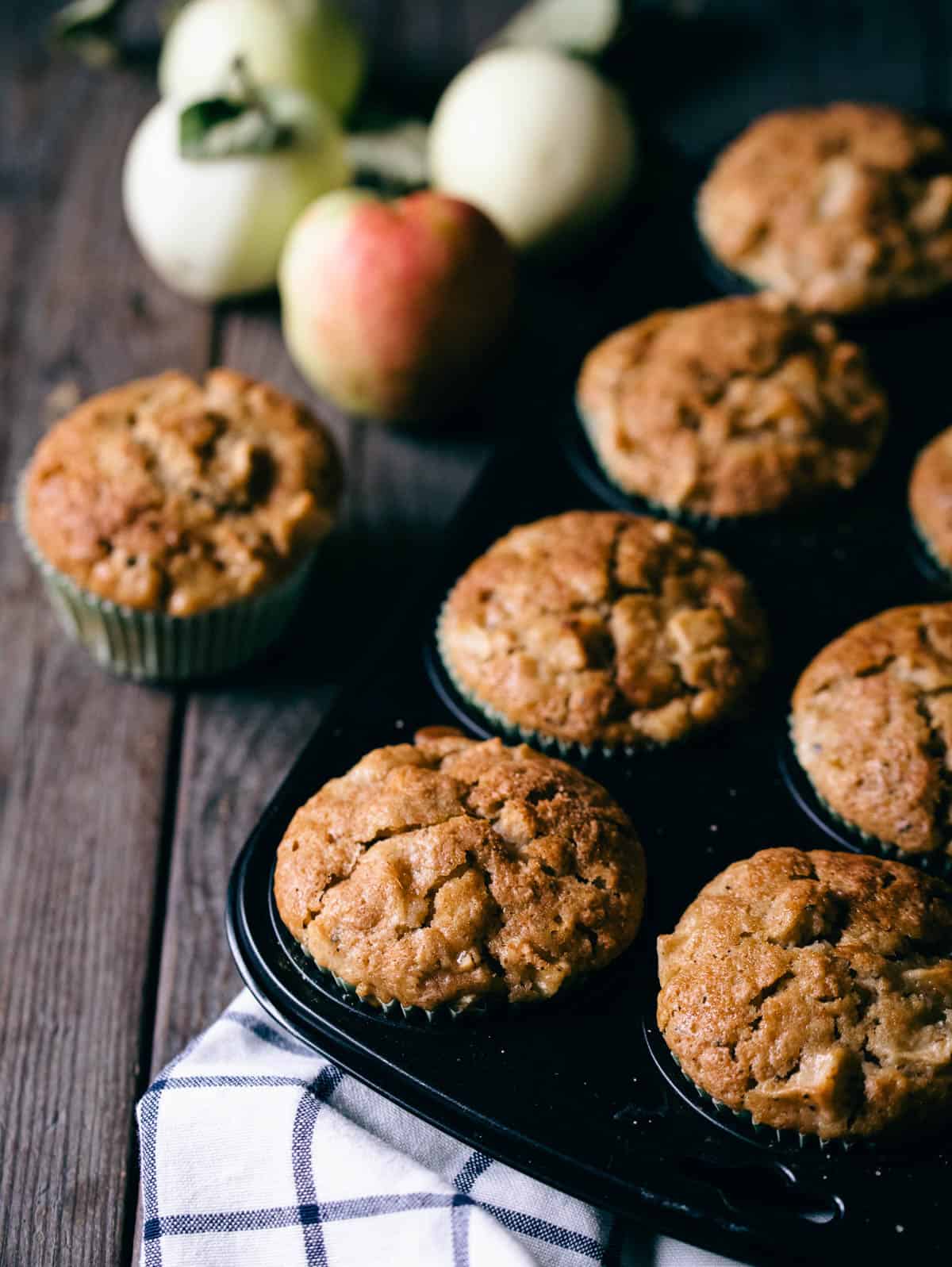 You’ve heard us praise apple season about one million times before, but really: is there anything better? Apple cakes, apple crumbles, apple muffins, apple sauce, apple cider, apple donuts… the list is endless. Paired with crisp, clear air, comfortable clothing and a cup of hot chocolate, coffee or tea and boom – that’s the quintessential fall day right there. These muffins are plant based, super easy to make and only use ingredients you typically have at home already (i.e. just the way we like it) and would be the perfect snack to bring the next time you go on an adventure outside somewhere. Or when you simply curl up on the couch after a long day at work – it’s your pick.

END_OF_DOCUMENT_TOKEN_TO_BE_REPLACED 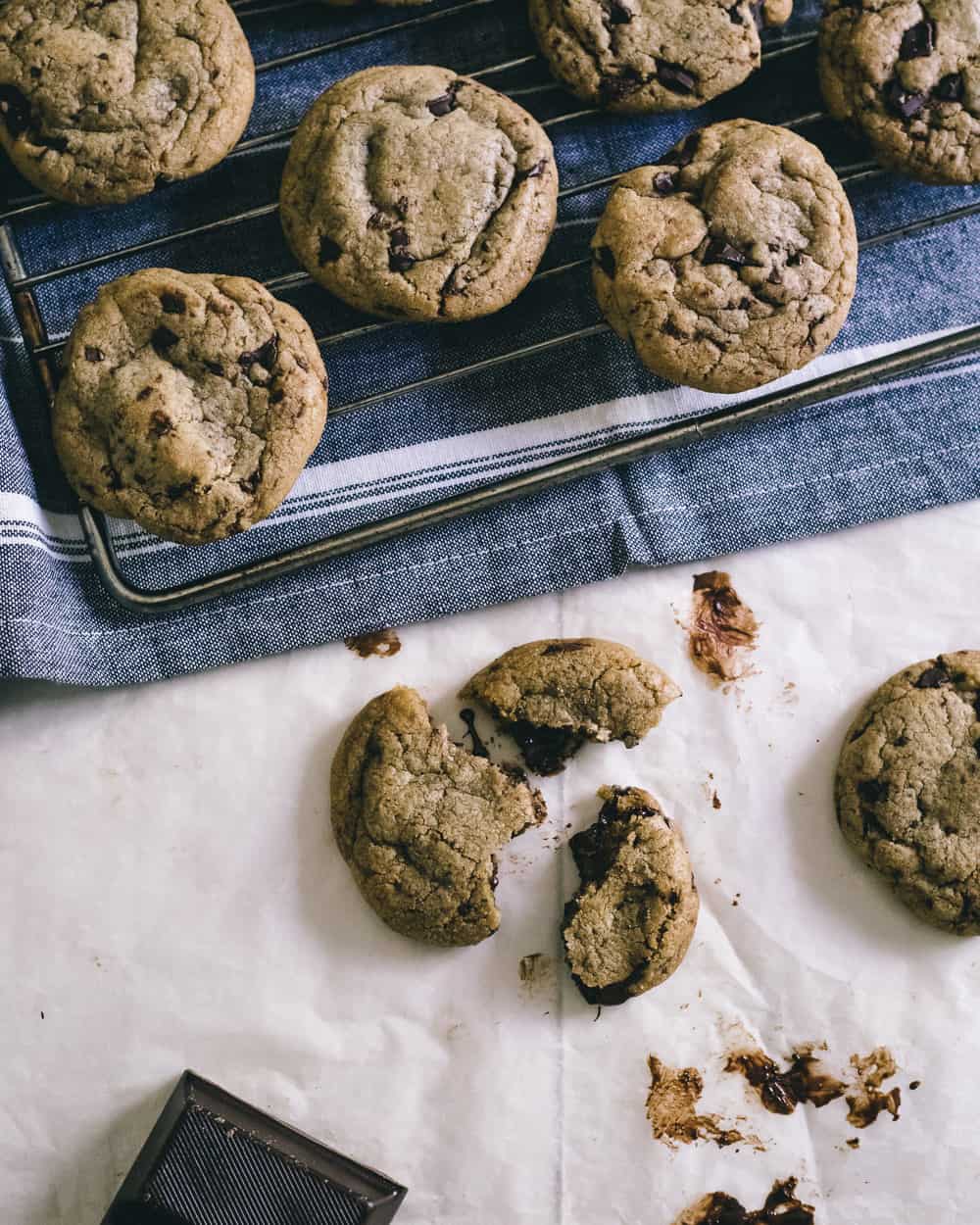 We often point out how much Mike loves ice cream, but fact of the matter is that he’s a true cookie monster too. And another fact is that if you pair an ice cream lover and cookie monster with someone who’s kind of into sweets but maybe not a total devotee, you’ll quickly have two ice cream lovers and two cookie monsters. That is, if the first one possesses the skills to make fantastic homemade ice cream and bake the most delicious cookies. You all know where this is going. He got me.

END_OF_DOCUMENT_TOKEN_TO_BE_REPLACED 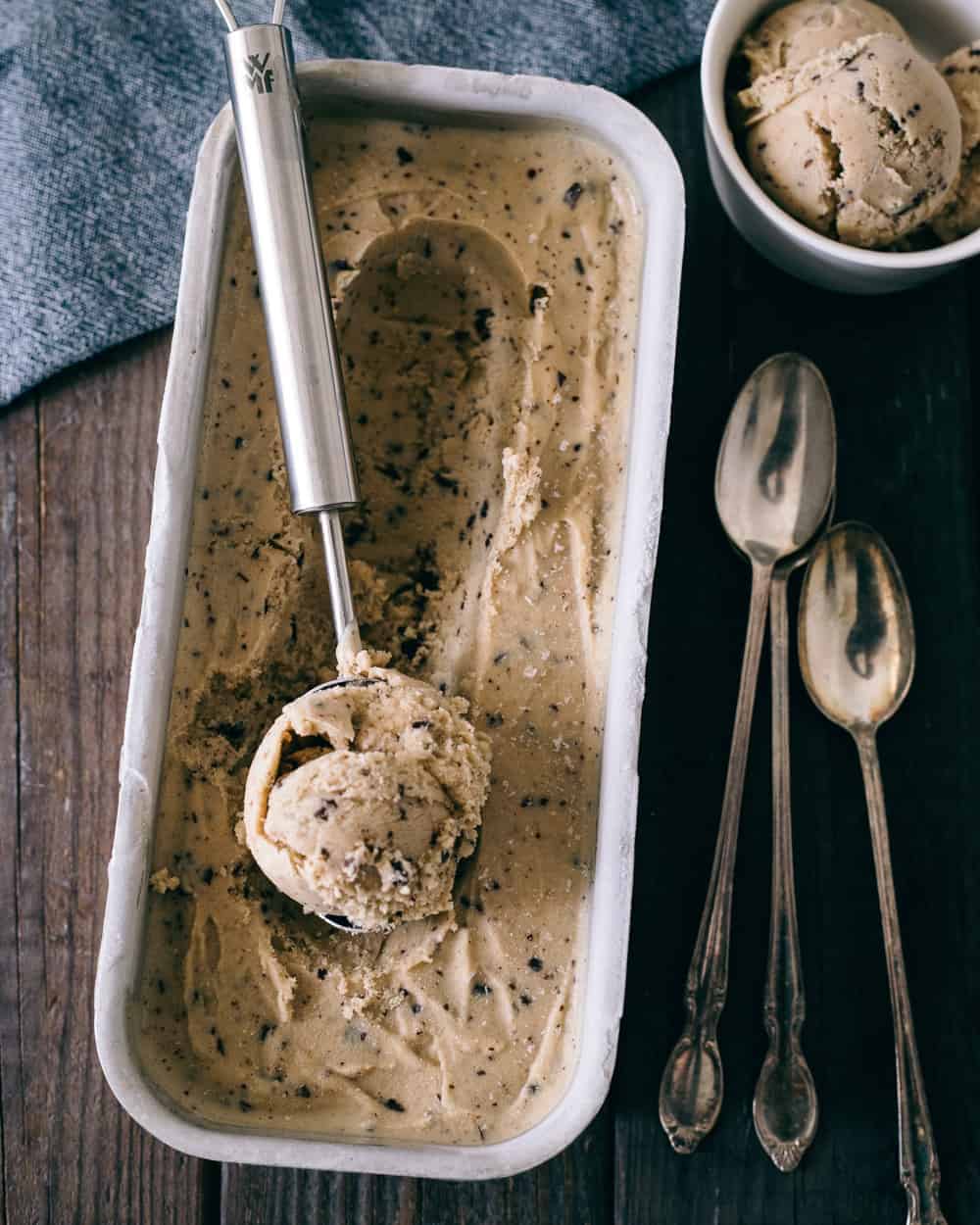 Boy oh boy has this recipe been a long process. We’ve test eaten our way through versions with oatmeal in them (?), versions icier than sorbet, versions with too much (and too little) coffee flavor… but here we are – our best vegan ice cream to date.

END_OF_DOCUMENT_TOKEN_TO_BE_REPLACED 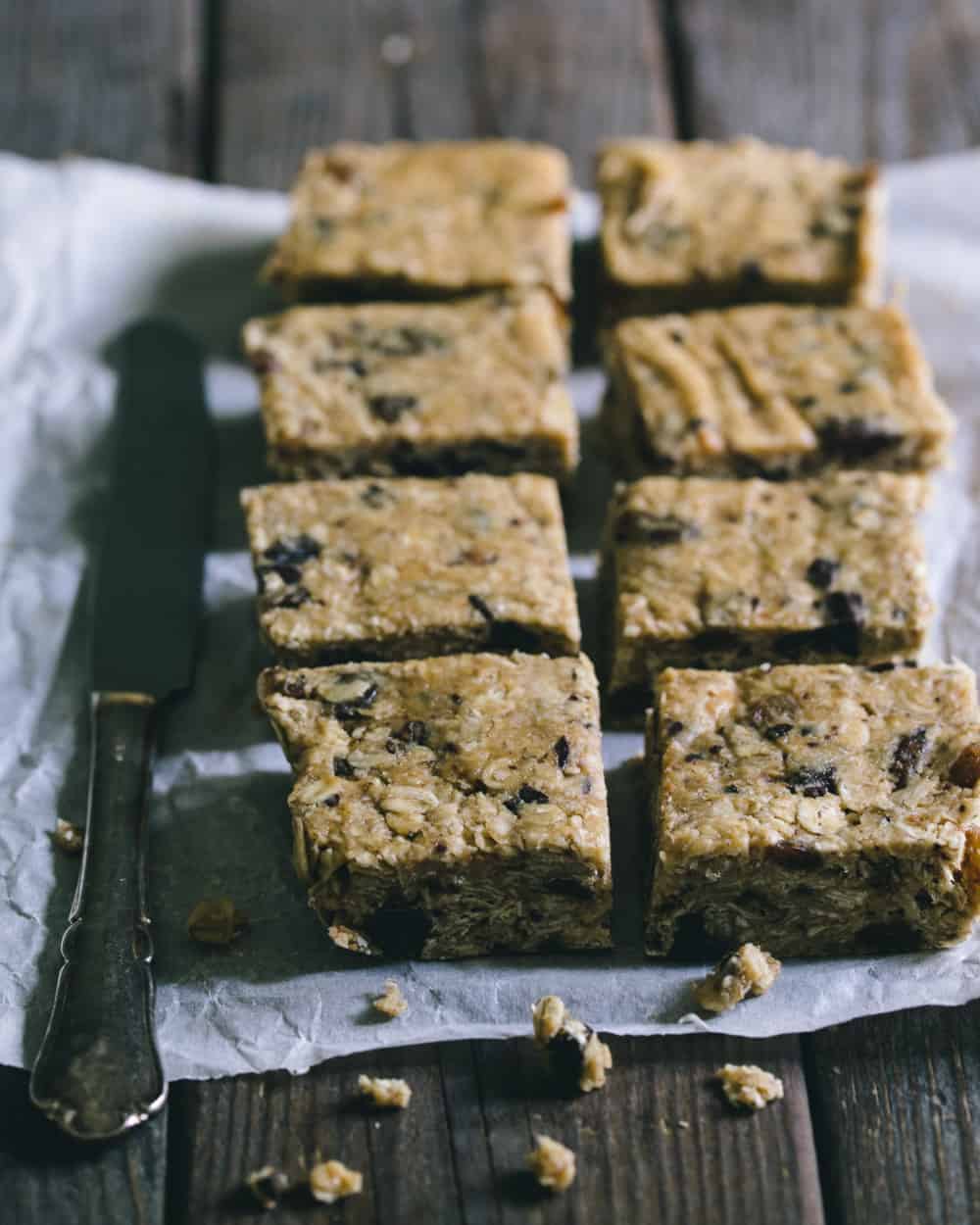 Simpler, cheaper and now even vegan friendly – here’s an updated version of our original Granola Bars recipe. Granola bars fall into that category of money saving tips related to making things yourself vs. buying already made – purchasing prepackaged bars gets expensive quickly. Here, the ingredients for the whole batch cost about as much as one store-bought bar. That’s a good deal, wouldn’t you say? We love having some of these in the freezer for impromptu adventures or quick snacks when blood sugar levels are on the decline, and suggest you give the recipe a go. Super simple to make, very yummy to eat. Good luck!

END_OF_DOCUMENT_TOKEN_TO_BE_REPLACED 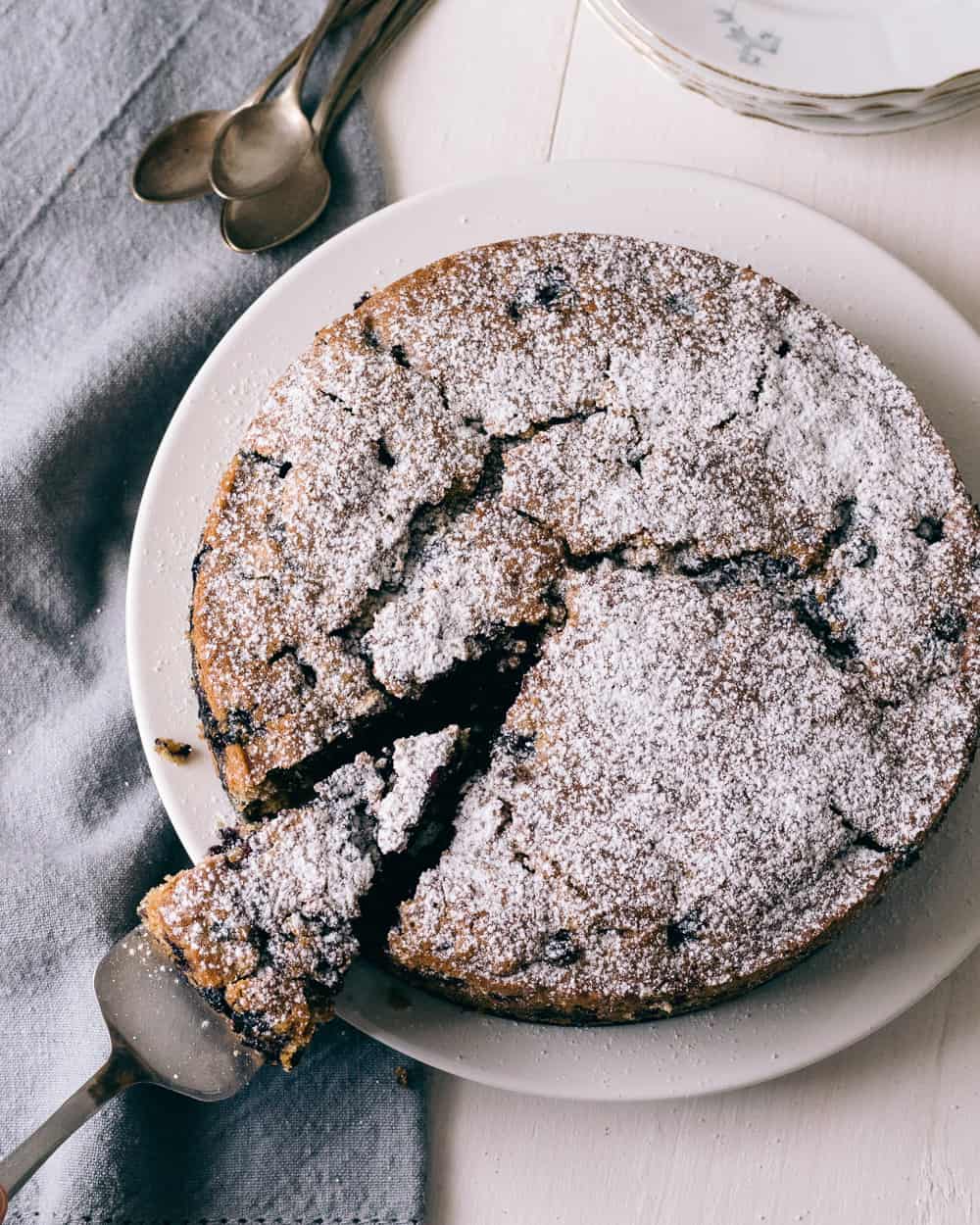 With the help of some pantry ingredients and frozen berries, you can whip up a delicious and quite decadent (vegan) blueberry cake in a jiffy. The ingredient list is eco-friendly from top to bottom and the outcome is guaranteed to satisfy all longings for summer, we promise.

Relying on frozen berries is key here, unless you live in a place where they’re in season currently. Using fresh ones imported from far away isn’t a smart environmental move in any way – and they’re typically way too tasteless and expensive for our taste anyway. No thawing is needed either – you just stir them right into the batter straight from the freezer, and about an hour later, your super moist cake will be ready for indulging. And this is one of those cakes that only gets better day two and three, so making it in advance is a good idea!