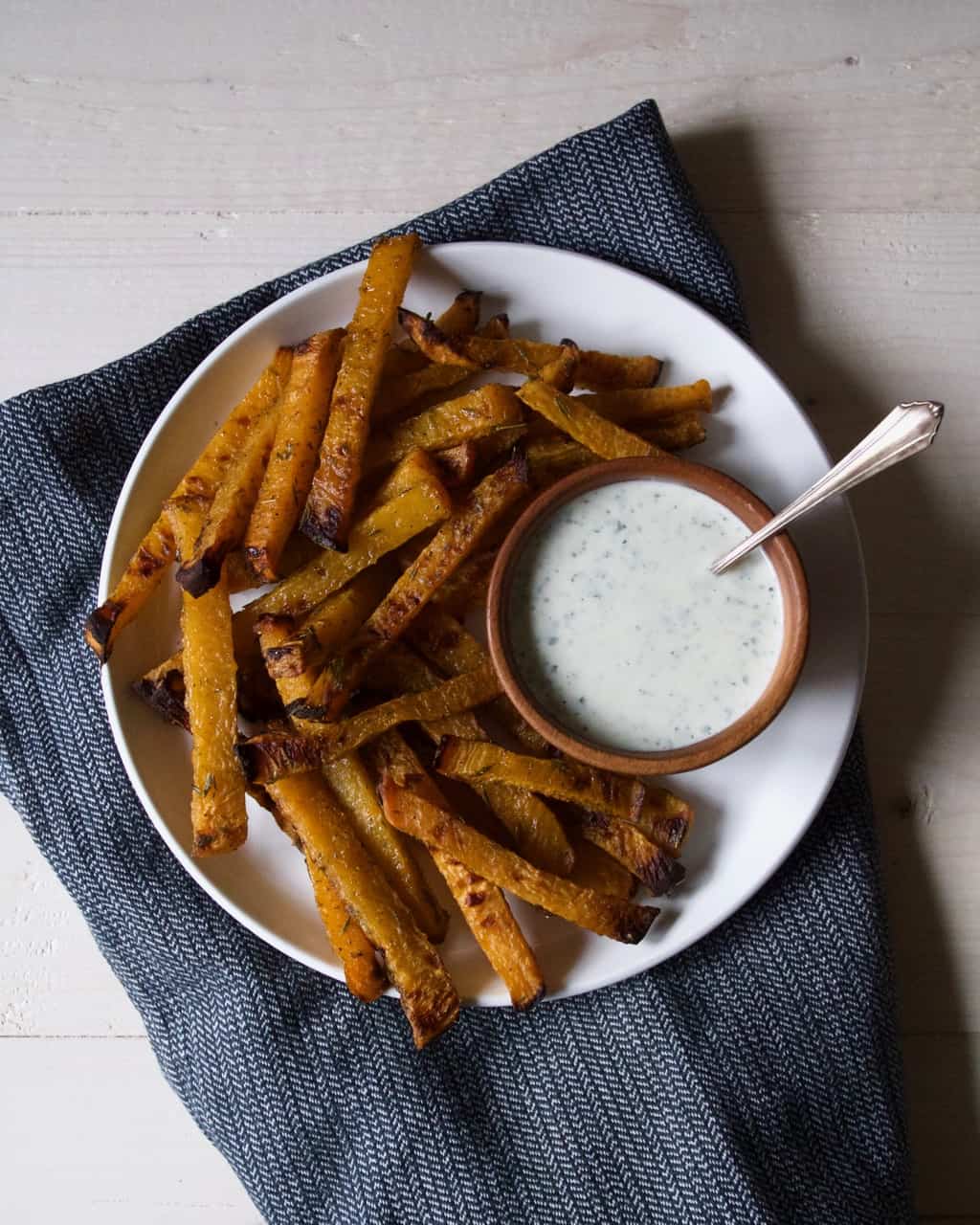 Rutabaga, the forgotten root veggie superstar! Did you know rutabaga (or Swede, as it’s also – very fittingly – called) originated as a cross between turnip and cabbage? While more turnip-like looks-wise, if you close your eyes and only focus on the flavor, there’s definitely a subtle hint of regular cabbage coming through, which is so cool. Sometimes though, we have a bit of a hard time coming up with what to make with it, but that problem has been forever solved now – because these fries are downright amazing. The flavor is divine, the consistency the perfect combination between soft and crispy and the change of pace from potatoes indeed very welcome. Spreading the fries out in one layer and making sure to flip them all individually might seem like a big old hassle, but it really only takes a few extra minutes and once you’re seated for dinner, it’ll be well worth the effort. Good luck!

END_OF_DOCUMENT_TOKEN_TO_BE_REPLACED 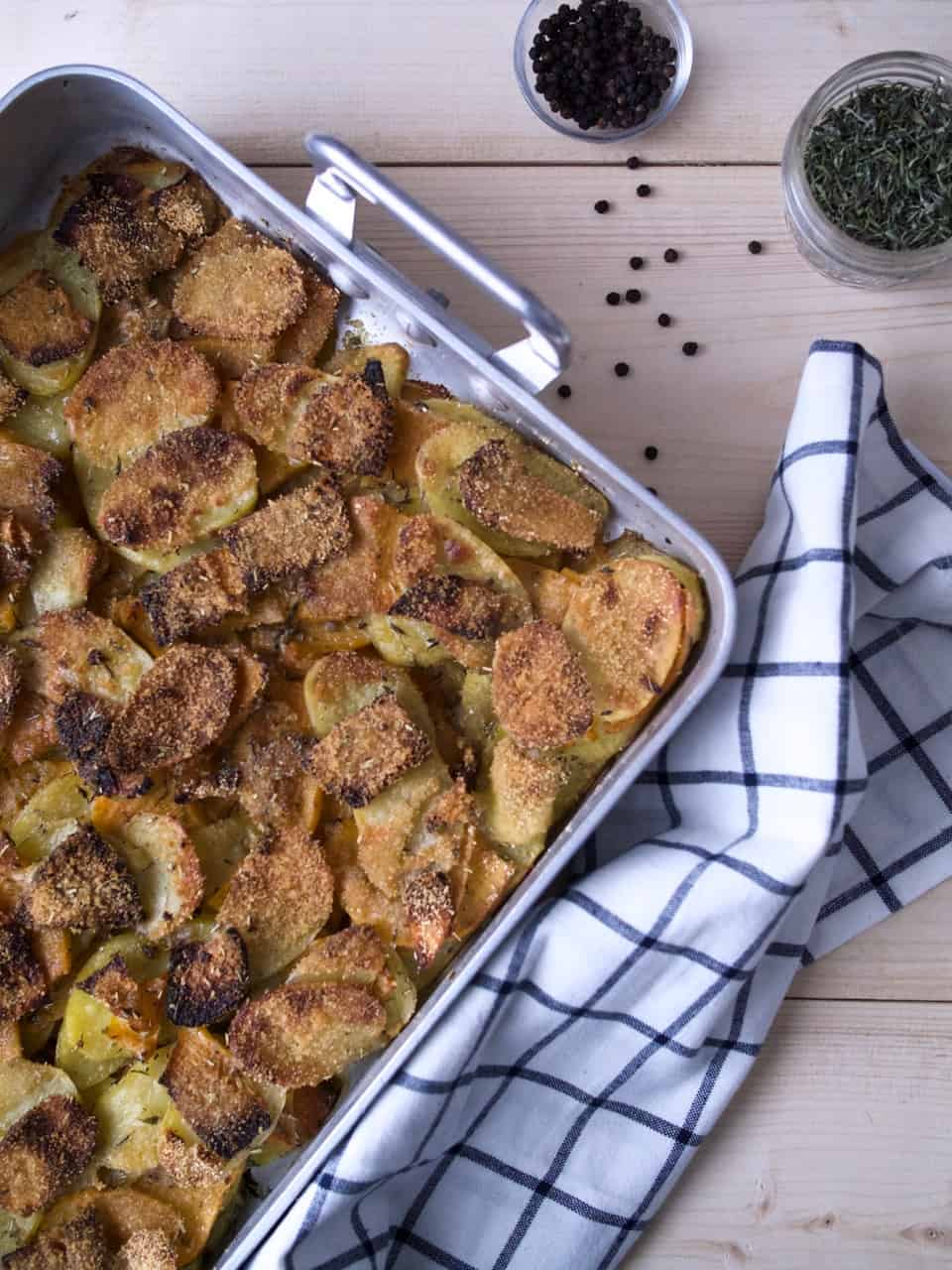 We buy potatoes in a 5 kg (10 lbs) bag from the store. It’s the best. We store it our pantry, and can dip in there whenever we feel up for a quick and easy, yet filling, dinner. Boiled or roasted potatoes with veggie patties and a dipping sauce on the side is a hit any day of the week, and we’ve come to like it as the meal we eat the night before a long run. Definitely proudly fueled by potatoes, over here! Eating “regular” potatoes has been an ingrained part of my life since, well, forever – here in Sweden, most people have it at least a few times a week. But with the wave of low carb diets and whatnot that swept in some years ago, potatoes have gotten themselves a bad rap (and an unbelievably unfair such). Sweet potatoes are being adored left and right, thought of as something much “healthier” (oh we’re so sick of that word!) and overall ranked as a wiser dietary choice than regular spuds. Poor regular potatoes! We won’t give in to the potato-discriminators by giving space for a side-by-side comparison, but let’s just get a few things cleared out. Regular potatoes contain a touch more protein than sweet ones, but the latter has a little more fiber. They’re fairly equal as far as caloric value, and they contain a range of vitamins and minerals (although different ones) respectively. If sweet potatoes can be called a “superfood”, then regular potatoes can too – but we’d prefer it if we just eat nourishing food without labeling everything something. Ok?

END_OF_DOCUMENT_TOKEN_TO_BE_REPLACED 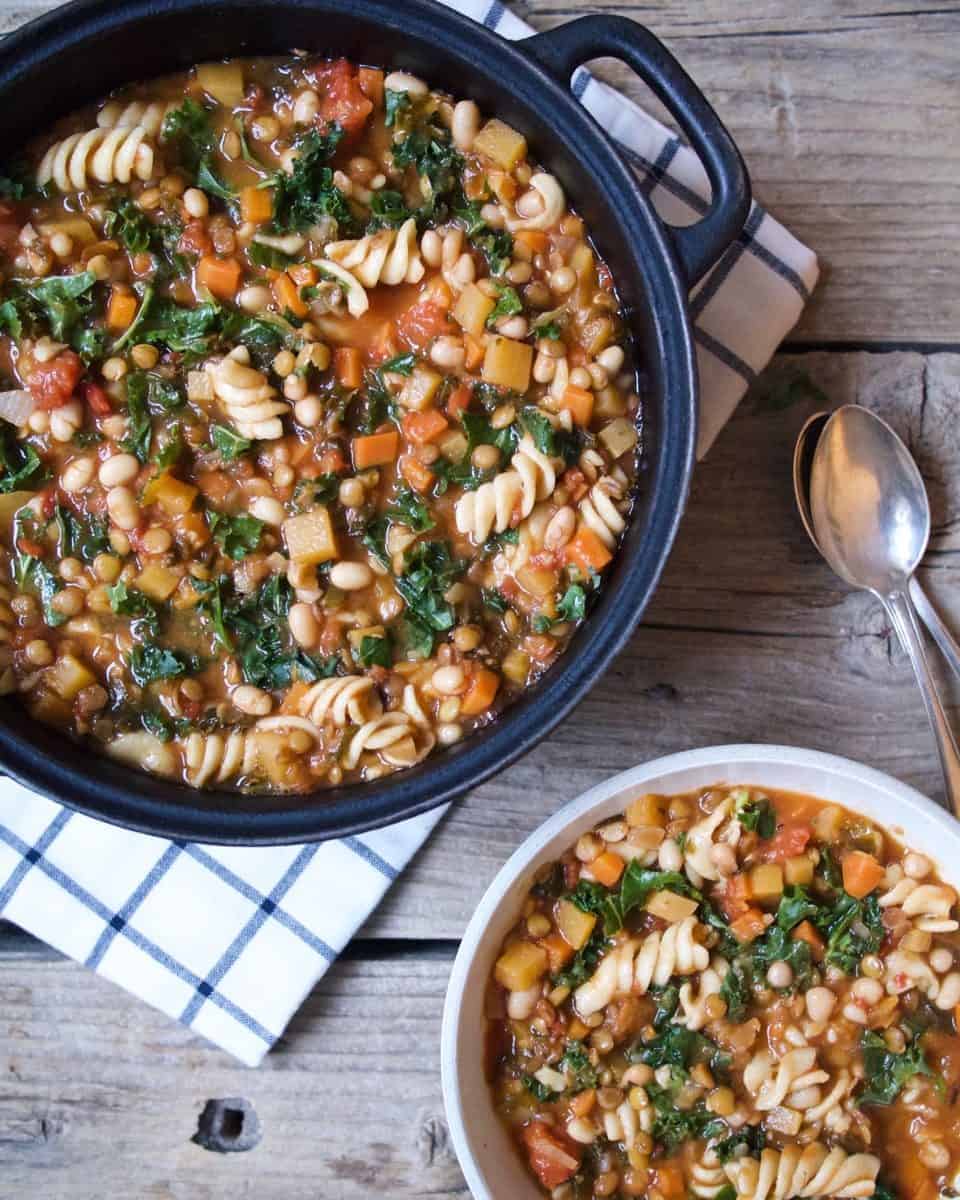 The best thing about minestrone is that you can whip it up with things you most likely have at home already. Some kind of pasta, some kind of lentil or bean, random vegetables and a few tetras or cans of crushed tomatoes – that’s it. The heartiness of minestrone makes it one of our cold season favorites. We tend to make it more stew-like than soup-like, and filling enough to not need bread on the side (even though bread is always a good idea). Using both green lentils and cannellini beans ups the protein content nicely, so even hungry athletes can trust this meal to do the trick. All in all, it’s a winner any day of the week.