When I moved to New York, I learned a whole lot about tacos right from the start. The shredded lettuce, canned corn kernels and chopped tomato add ins of my childhood were all of a sudden nowhere to be seen – instead, the most elaborate combinations were served up and a food concept I had felt sort of “meh” about for a while became a new favorite. I recall this one conversation I had with Mike early on, where I sort of “explained” to him that in Sweden, we approach tacos in a much different way. I went on and on about the standard concept of ground beef, the aforementioned vegetables, the taco sauce or salsa, sour cream and shredded cheese – only to have Mike tell me afterwards that that’s how tacos are normally eaten in America too. Little did I know, back then, that I’d only been taken to these contemporary, trendy Mexican food places, where pickled red onions, thinly sliced radishes and habanero relish had just recently risen to the sky as the “new black” of taco toppings.

I’d say I’ve been hooked on tacos ever since Mike and I, together with his best friends Neal and Drew, got tacos at Rockaway Taco one hot, steamy summer’s day in 2013. I was already head over heels in love with Mike at this point, and I cannot even tell you how cool I felt in all my quiet Swedish-ness, spending the day at the beach with these three awesome guys, munching away at cilantro covered tacos and drinking watermelon juice as if there was no tomorrow. For someone like me, it felt endlessly liberating. It felt so full of life, so easy, so fun. For those of you wondering “hey, that sounds great but why was that a big deal?”, you can read the long story in the blog posts Thank you, life (part 1) and Decompression. These will give you an insight into my early 20’s, which were defined by family trauma, eating disorders and an overwhelming feeling of being totally lost in life. New York City helped me untie all the knots in my chest, one taco at a time. And for that, I’ll always be grateful. (And tacos will forever be a favorite food of mine.)

Contemporary tacos were trendy in 2013 and they’re trendy still (at least we think so?). We see chunks of mango, fresh cilantro, crispy fried shallots. We see the most flawless slices of avocado, we see charred-to-perfection portobello mushrooms. Needless to say, we were scratching our heads when working on this recipe – how on earth could we create a taco dish only relying on seasonal, local produce in the dead of winter and still come up with something eye-catching and pretty? Well you tell us, but we’d like to argue it was possible, after all! Pickled red onions really offer up such a welcome splash of pink that we simply had to go that route (plus they’re absolutely delicious – as a kale salad topping as well, just an FYI). Fresh pea shoots straight from the windowsill brighten up the plate even further, and are a crunchy, green delight. Butternut squash cubes offer up beautiful orange galore. With those three pops of color, a black bean concoction and a white-ish looking cabbage slaw were allowed in together with a slightly spicy chipotle mayo – and the embodiment of our favorite taco was born.

Depending on how much you like pickled red onions, you may or may not end up with some leftovers. These will store well in the fridge for at least 6 months, and can be used as a topping on just about anything. Just make sure the jar is airtight (we use a mason jar with a screw-top lid). If using a plastic container, make sure it’s food grade. To shorten the prep-time for the tacos, the pickled onions would be great to make the day before. And speaking of leftovers – usually, tortilla breads come in a packet of 8. A normal sized butternut squash will yield a bit more filling than can be fit into 8 breads, so count on having some cubes left afterwards. These can be tossed with just about anything and turned into lunch the next day, so fear not. Drop us a comment if you’re struggling with ideas on what to make with any type of leftovers, any day – that’s our favorite game to play! Oh, and if just using vegan mayonnaise, the recipe is entirely plant-based (i.e. that choice is up to you). That seems about it for this one – we hope you’ll like it!

And last but not least 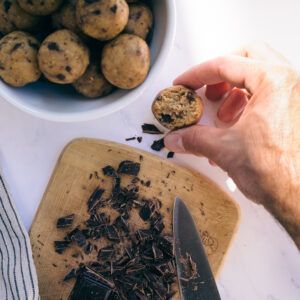 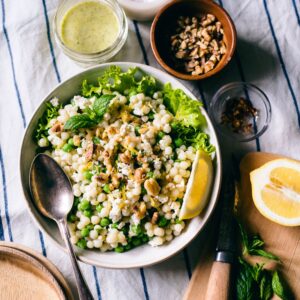 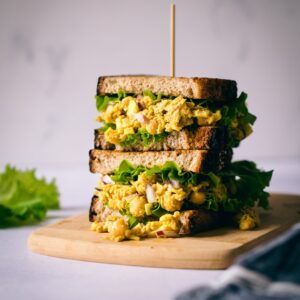 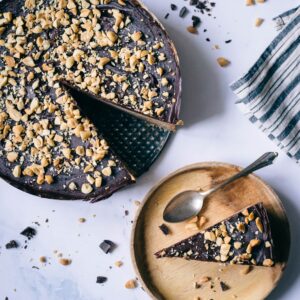 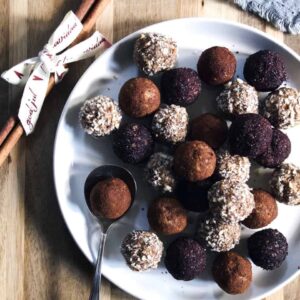 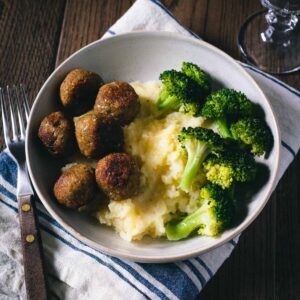 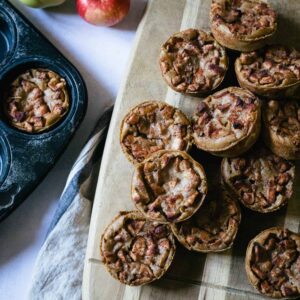 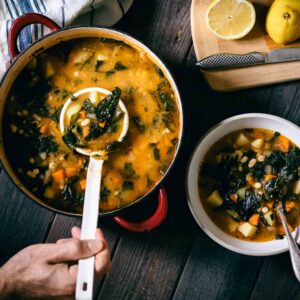 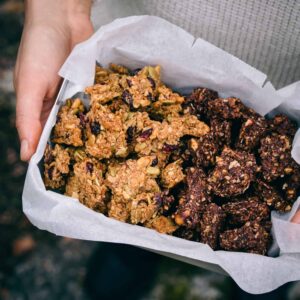