As most of you know, we left New York and big city life about four years ago – in August 2017. It was a contrast like no other, switching out that lifestyle for a quiet, calm and nature-centered everyday on Yxlan, but it was that contrast that we were after and thus never found it difficult or particularly challenging to deal with. We were more like “oh goodness this is amazing” than “boy, I miss the constant buzz”, if that makes sense.

When we look back, we’d go ahead and say our city detox began on the very first day coming off the plane and unpacking our bags. But a recent experience made us realize our true detox didn’t begin for real until Theo was born, almost three years after we moved.

See, until Corona hit and I was third trimester pregnant and all of that, we’d pop into Stockholm on a regular basis. With a rather large family living there – including five nephews – there’s always someone’s birthday or some happening going on, or perhaps a work meeting or a podcast recording or just an urge to run new trails and combine that with a city weekend or a brunch out (secret’s out: we love brunch buffets). I’d say we popped in about once a month, on average.

But from March 2020 until now, September 2021, we haven’t been in “downtown” Stockholm a single time. Yes, we drove to BB Stockholm to give birth and returned there a few times for some health checkups, but until a couple of weeks ago, we haven’t actually been in the city. And when we finally did go, a whole bunch of fascinating realizations and insights hit us.

We went in for a bunch of reasons, none of which really matters in this context, but ultimately found ourselves both outside a shopping mall, in a very busy commercial part of the city, in a popular residential area and on some of the highways. And we came to blurt out: there’s no space for thinking when you’re in the city!

It was part our own feelings and part viewing everything from Theo’s perspective – he was completely absorbed by all the stimulation and new impressions surrounding him. All the cars, all the noise. An elevator, doors opening when pushing a button, people and concrete everywhere (and no one saying hello to one another). And so I said to Mike “no wonder people are drawn to city life – you don’t have to listen to your own thoughts here”.

“We love cities, and we treasure our years in New York very, very highly.”

Before we continue, let’s just make a few things clear: cities can be amazing and city life too. Countryside living isn’t the answer to all problems, whether mental or global or something in between. We love cities, and we treasure our years in New York very, very highly. But stepping away from the city scene, finding an environment in which we personally thrive the most and settling into a whole new routine made revisiting and observing city life really quite interesting. Just bear in mind that this is a highly subjective description and by no means a judgement of everyone living in the city and how they act and feel.

Back to the Miracolo family’s Stockholm excursion. The impression of impression: well, that there are impressions everywhere. Intense multi-sensory stimulation wherever you look. Sounds, objects, people and ads asking for your attention constantly. Theo was practically impossible to establish contact with – his eyes were the size of golf balls moving from one thing to the next, trying to make sense of all the things he saw.

Add to that an overwhelming feeling of inadequacy. We walk past one store window displaying beds and the most luxurious duvets ever spotted and feel like losers because our bed doesn’t look like that and no, we couldn’t just drop 50 000 SEK on a new bedroom look (neither would we want or need to, but you get the point.) We walk past another store window and see mannequins dressed in exclusive clothes top to bottom and instantly feel like total bums wearing… well, not that. Everywhere there are displays and ads showing us how we should live and what we should look like, and they all manage to make us feel like crap.

And when you feel like crap, you tend to want to do something about it. Tada – the solution is everywhere you look, too. You can easily buy your way out of every single uncomfortable emotion that comes your way – at least short term, of course.

When we’re at home and roam the woods, when we run and ski and hike, when we garden and forage for mushrooms, when we pack a lunch and eat it overlooking the ocean or on top of a moss covered rock, there’s no one and there’s nothing telling us we’re not good enough. There are no store displays or shop windows for us to compare ourselves to, and there are no reflections of ourselves to obsess over either. There’s no noise, there are no masses of people. Instead, we can just be. Be and hear our own thoughts.

“We feel grounded and calm, clear headed and sensible. And… hm. Less hard, less protective-walls-up, less thick-skinned in a positive kind of way.”

And that brings us back to the core intention of this post – that we’ve gotten used to an environment where we’re not constantly distracted and where we’ve (finally) grown comfortable in the company of our own thoughts. Daring to be alone with yourself is a whole lot more difficult than it may sound, but the rewards will come a thousandfold your way. We feel so much more at peace with who we are – and in many ways, we feel like we’ve become “more” ourselves, too – and we seldom feel overwhelmed by life in the way we used to so often before. We feel grounded and calm, clear headed and sensible. And… hm. Less hard, less protective-walls-up, less thick-skinned in a positive kind of way.

A lot comes down to pace – and ties in what we partially named this blog: Live Slow. We used to be so proud of how fast we walked back in New York. Now, we stroll our way ahead and wonder where people are rushing off to. When everything has to be done at lightning speed, there’s no way your body and soul will be able to keep up and stay intact at the same time. In many ways, it felt like we were bursting at the seams of our joints in our previous life, whereas we’re whole, healed and dressed incredibly comfortably these days.

And from someone who wanted to forever silence her own thoughts and didn’t know how to (ever) peacefully live in her own body with her own mind attached to it, I want to end by saying: it gets better with practice and if I can, then everyone can. Removing myself – ourselves – from a consumption centered and outer validation focused world was the best thing we could have ever done to (try to) let go of our egos and find a sense of harmony. Day by day, I’ve been able to allow one more thought to exist in my head without wanting to run away from it, and now we’re at a point where we went to the city and I felt angry at all the distractions because I missed hearing what was going on in my own head. I hope that says a lot.

Countryside living might not be for everyone and it’s totally cool to love the city buzz – but giving yourself a moment’s worth of peace and quiet once in a while sure won’t kill you. (As a matter of fact, it will probably make you live longer.)

If you’ve enjoyed this post (and perhaps other ones as well), maybe you would like to support us on Patreon? For as little as $3 per month, you would play a huge part in helping us create more of the content you like, as well as keep our blog ad-free. And if Patreon isn’t your thing at all, please remember this: each time you like, comment, cook one of our recipes, recommend us to a friend or in any other way spread the word about us, you do us an immense favor. Thank you so much for being part of our mission. 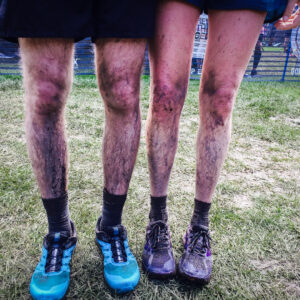 Runner’s Knee vs. ITB Syndrome: How to Tell the Difference and Get Back to Running as Quickly as Possible 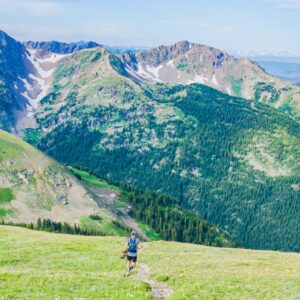 Maximize Your Race Performance by Tapering the Right Way 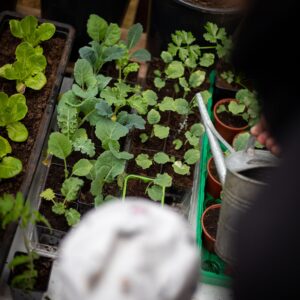 Garden Plan and Sowing Schedule for 2022 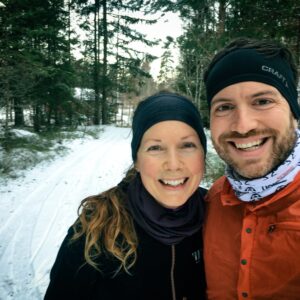 A Life in Sync: Running, Working and Living Alongside Your Partner 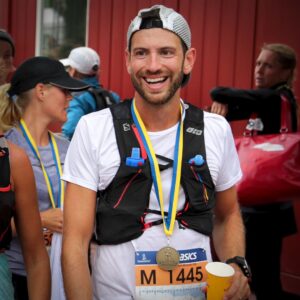 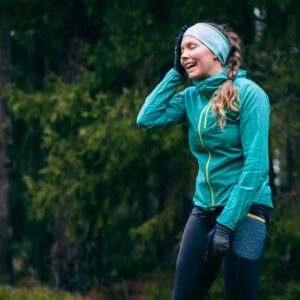 My Pregnancy and Postpartum Running Journey 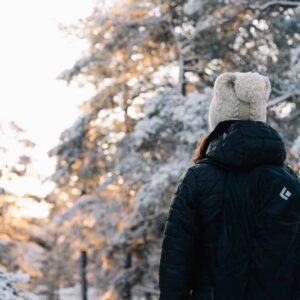 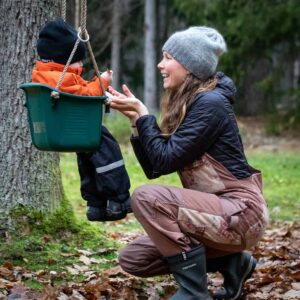 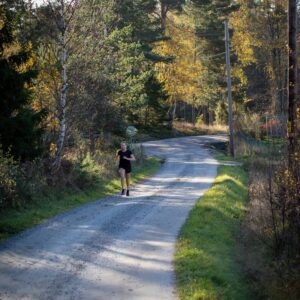 15 Running Sessions to Push Your Limits 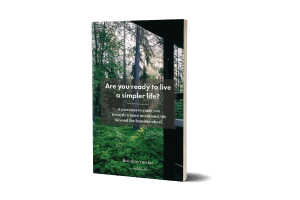 Join our mailing list and start every month with a newsletter from us, featuring exclusive content and delivered straight to your inbox. Plus – sign up now and receive our downshifting workbook as a welcome gift!